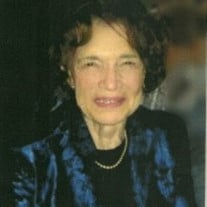 Eunice affectionately known as “Aunt Eunice and EW” was born in Camden, South Carolina on May 12, 1931. She was the daughter of the late Jesse Ray and Emma Craig. She was the youngest and last surviving child of eleven(11). She was preceded in death by brothers: David, Julius, John, Nick, Andrew, and sisters: Fannie Bell, Luzell, Ellen, Addie, and Katie. Eunice was educated in the Kershaw County Public Schools and graduated from Mather Academy on May 31, 1949. Eunice was a certified Bookkeeper having received her certification from the Merrill Schools in Stamford, Connecticut on March 20, 1963. At an early age, Eunice accepted Christ as her lord and personal Savior and joined the Mt. Sinai Baptist Church in Camden, South Carolina. Eunice was united in holy matrimony to Lincoln Williams in 1949 in Camden, South Carolina. After Lincoln retired from the military, they relocated to Old Greenwich, Connecticut in 1952. Eunice did not have any children, however having 10 siblings there was plenty of children to care for and love. They adopted Gregory Patton, whom they adored like he was their own and God placed on Eunice’s heart to rear her niece Phyllis Craig. She loved, nurtured and provided for both of them as a mother. She was always willing to unselfishly give of herself to ensure they had a blessed home and this desire never wavered even today. As, Luke 12:48 says”...for unto whomsoever much is given, of him shall be much required...”. Eunice and Lincoln spent many years of happiness and laughter until his demise in July 1993. Eunice was a very kind, loving, caring & devoted wife, mother, sister, aunt, and friend. Her humor, smile, and laughter was infectious and will be echoed in the ears and minds of many forever. She was an avid Bowler and traveled nationally competing against other bowling leagues. Her hobbies and interests were in antique furniture, jewelry, paintings and paper weights, which ultimately became her passion. She was an avid reader and frequently visited the library often to stay abreast of articles of interest, antiques, and politics. Lastly, Eunice enjoyed cooking and the “art of a conversation”. She will be missed for her wisdom, encouraging words and the comfort she provided to all who knew her. To know Eunice was to truly adore her. Many of us would give anything to have one more day with her to share in her life of 85 years. She would say “it was not easy; but have faith”. Eunice was an excellent caregiver and property provider to several prominent families in the surrounding area of Greenwich, Connecticut. She and Lincoln provided catering services for many in Greenwich. Gracefully and peacefully, Eunice transitioned from this life to eternal life. Her memories will be cherished by her devoted adopted son; Gregory Patton of Stamford, Connecticut; a niece Phyllis Craig of Farwell, Pennsylvania; three sister-in-laws, Lula Mae Williams of Old Lyme, Connecticut; Thomasina Roberts of Atlanta, Georgia, and Mary Bowers of Camden, South Carolina; loving and dedicated friends Mr. & Mrs. Frank (Janice) Mohamed of Old Greenwich, Connecticut, Rebel (the pet dog) of Stamford, Connecticut; and host of nieces, nephews and cousins. Today our family will use her sentiments as well. Thus we knew she was only a temporary gift from the lord to us; we take comfort in knowing she lived her life to the fullest. Gave of herself unselfishly, she loved and enjoyed each day like it was her last. Thank God almighty for this beautiful Angel who came our way to make life better for so many of us. We love you Eunice, Aunt Eunice, EW - Rest in Paradise!!!

Eunice affectionately known as &#8220;Aunt Eunice and EW&#8221; was born in Camden, South Carolina on May 12, 1931. She was the daughter of the late Jesse Ray and Emma Craig. She was the youngest and last surviving child of eleven(11). She was... View Obituary & Service Information

The family of Eunice (Craig) Williams created this Life Tributes page to make it easy to share your memories.

Eunice affectionately known as “Aunt Eunice and EW” was born...

Send flowers to the Williams family.