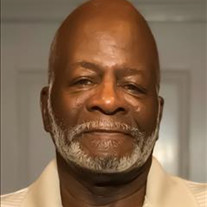 Dewey Browder Jr, 80, of Lugoff, South Carolina, went to be with the Lord on June 15, 2019 in Kershaw Health Hospital, Camden, South Carolina.Visitation will be from 3pm-6pm on Friday June 21,2019 at Collins Funeral Home, 714 West DeKalb Street, Camden, SCFuneral services will be held at 1pm on Saturday June 22,2019 at Mt. Moriah Baptist Church in Camden, 801 Broad St., Camden, SC with the Reverend Stanley Day of Temple of Truth Holiness Church Hillsborough, NC officiating. Burial will be held at 12pm, Monday June 24, 2019 at Fort Jackson National Cemetery in Columbia, SC with military honors. Dewey was born in Birmingham, Alabama to Dewey Browder Sr. and Rosalee Thompson on January 11, 1939. At the age of 4, he along with his mother and twin brother Dewette moved up North. He attended Stamford High school in CT where he excelled in sports, particularly baseball. After high school, he enlisted in the United States Army. He married Carolyn Thompson on October 13, 1962 in Stamford. He then took a job at Harryâ€™s Garment Factory. He worked as an expeditor for Pitney Bowes for over thirty years. Dewey and Carolyn relocated to Fairfield, CT where they raised their four children. He was also a musician, playing in numerous bands throughout the Northeast.He remained involved in sports, participating in bowling leagues and tournaments, tennis, and ultimately his greatest passion, golf. Dewey along with his golf team, played in tournaments throughout South Carolina every year. That led to he and his wife relocating and retiring to Lugoff in 2005.Dewey will also be noted for being a multi-faceted and skilled tradesman, with a meticulous standard and an impeccable work ethic.He loved the Lord and attended Temple of Truth Holiness Church Hillsborough, NC . He also was part of a menâ€™s bible study in South Carolina.Dewey is survived by his beloved wife of 57 years, Carolyn. His daughters, Angela (Burton), Antoinette (Dwight), and Michelle. One son Dewey III (Lakenya). Three sisters Jean Browder of Birmingham, Alabama, Louise (David) Howard of Warren, Ohio, and Toni Lomax of Houston, Texas; One brother, Curtis Browder of Alabama.; One sister in-law Priscilla McKinney (Walter) of Hillsborough, NC and two brothers in-law, Harry Thompson and Bill Peay of Hillsborough, NC; One special Aunt- Ada Peay of Hillsborough NC; He also leaves behind 12 Grandchildren and 14 great-Grandchildren and a host of cousins, nephews and nieces.Dewey is preceded in death by his father and mother, daughter Deena Pickett, five brothers and one sister. favorite_border Donations Pledges

Dewey Browder Jr, 80, of Lugoff, South Carolina, went to be with the Lord on June 15, 2019 in Kershaw Health Hospital, Camden, South Carolina.Visitation will be from 3pm-6pm on Friday June 21,2019 at Collins Funeral Home, 714 West DeKalb Street,... View Obituary & Service Information

The family of Dewey Browder, Jr created this Life Tributes page to make it easy to share your memories.

Dewey Browder Jr, 80, of Lugoff, South Carolina, went to be with...

Send flowers to the Browder, family.